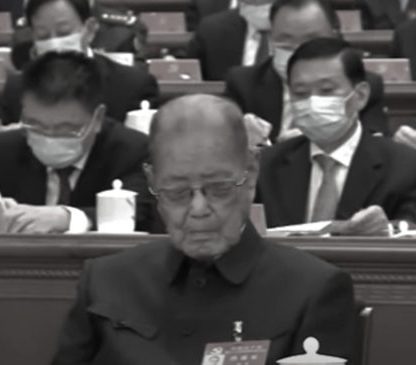 At the closing ceremony of the CCP’s 20th National Congress, former Party leader Hu Jintao was suddenly forced to leave in the middle of the meeting, attracting the attention of the outside world. Song Ping, another CCP official, has caught the attention of the public in a different way.

Song Ping, 105 years old, had fallen asleep during the conference. His head was bowed, his eyes closed, his mouth slightly agape and did not have the document before him open.