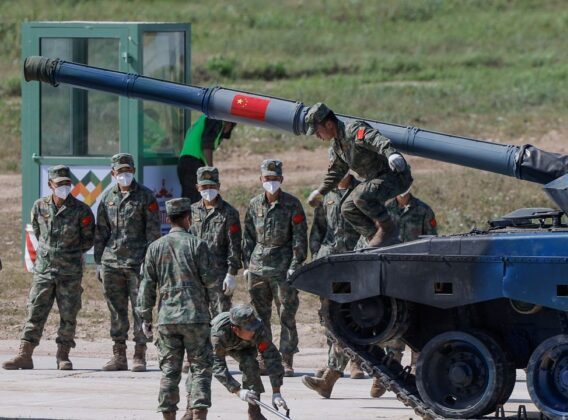 The Chinese Communist Party (CCP) is preparing for a war, according to China analyst and author Gordon Chang.

Several recent developments in China’s policies—particularly an amendment to China’s National Defense Law—could signal that the regime is prepping for a full mobilization of its military, according to Chang.

“That move centralizes military decision-making. Moreover, the amendment, which relates to war mobilization, signals that the regime is preparing the Chinese people for conflict.”