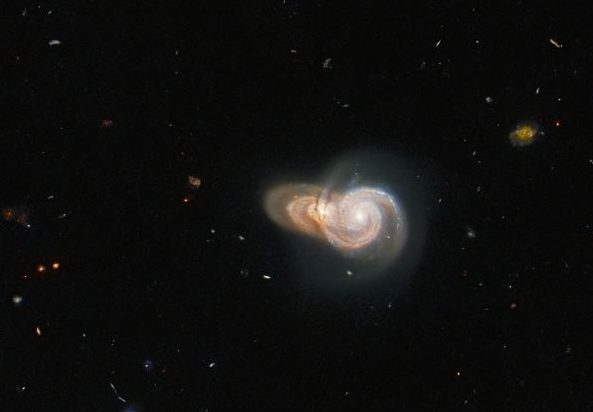 Over 1 billion light-years away, two galaxies float in the darkness, beautiful golden snail-like spirals seemingly caught in the act of colliding. They’re named SDSS J115331 and LEDA 2073461, and in spite of appearances, they’re not interacting at all.

Instead, they’re separated by quite some distance. Their alignment is an absolutely beautiful line-of-sight coincidence.