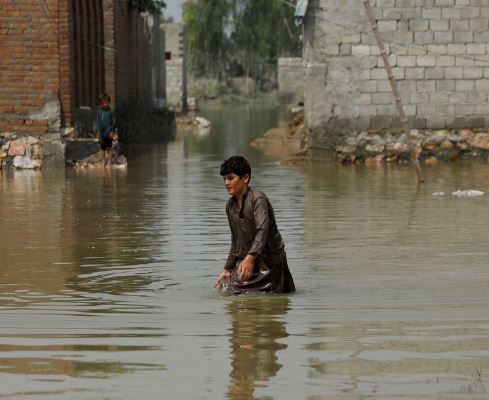 The toll from cataclysmic floods in Pakistan continued to climb on Saturday with 57 more deaths, 25 of them children, as the country grapples with a relief and rescue operation of near unprecedented scale.

Record monsoon rains and melting glaciers in northern mountains brought floods that have affected 33 million people and killed at least 1,265 people, including 441 children. The inundation, blamed on climate change, is still spreading.