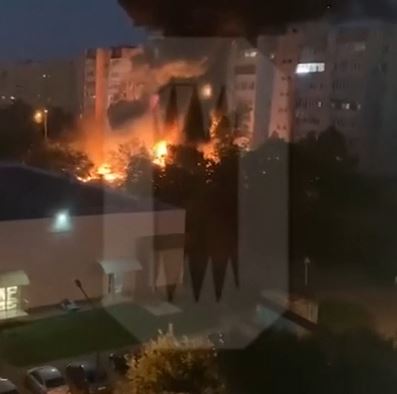 The incident occurred on Monday in Yeysk, a small port town in the Krasnodar Krai region of western Russia with a population of around 90,000. The Russian Defense Ministry confirmed the story to the state-run Tass press agency, reporting that the aircraft involved in the crash was a Su-34 fighter jet.