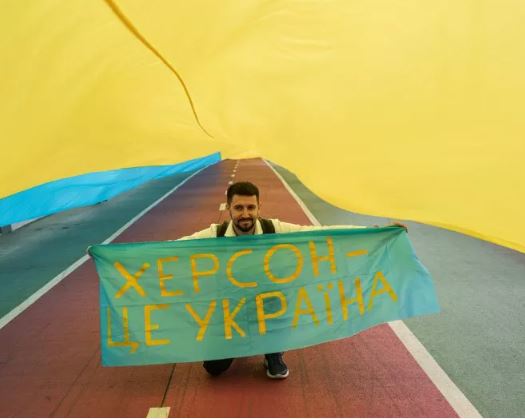 Ukraine’s counter-offensive in occupied Kherson is wrecking Russia’s “thinly held” defenses in the region that was seized by Moscow in the early stages of the war, the U.K. Ministry of Defense recently said.

The British defense ministry said in an intelligence update Wednesday that Ukrainian armored forces have continued to assault Russian troops on several axes across the south of the country since Monday.