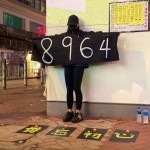 In 1989, Communist China massacred thousands of its own people in the center of Beijing. The effects of that massacre last to this day

For about three weeks in May 1989, millions of people across Beijing, following the example of students and teachers from schools around the capital, stood out to oppose the widespread corruption of Communist Party officials and to back growing calls for political reform.