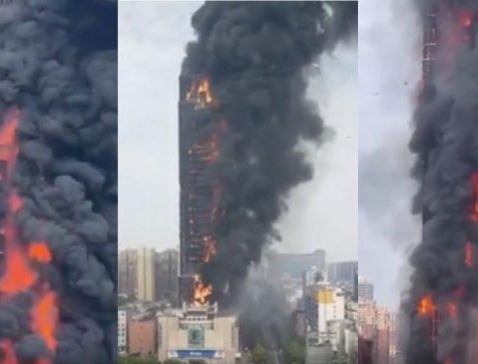 On the afternoon of September 16, a terrible fire destroyed skyscraper in the center of Changsha – the capital of Hunan province, where the office of the state telecommunications company China Telecom was located. Dozens of floors were engulfed in flames, looking like a giant torch. The scene was full of black smoke billowing into the sky. Several witnesses described the fire to The Epoch Time, “like a scene from a movie, it’s scary.” No casualties have been reported.