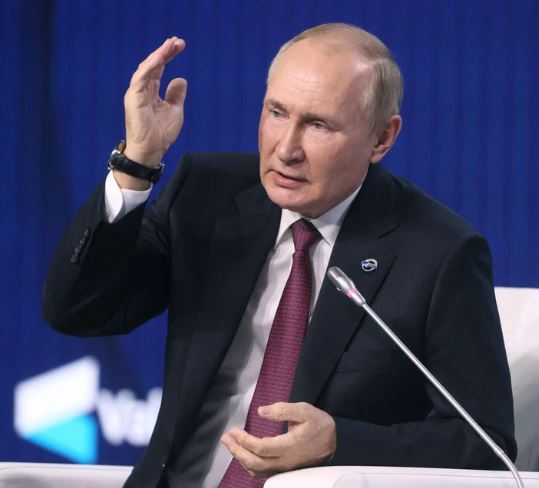 Russian President Vladimir Putin showed no regrets for the war against Ukraine, insisting it was going to plan and playing down any nuclear standoff with the West, while both sides prepared for what could be a key battle in Kherson in Ukraine’s south.

Putin had a familiar litany of grievances against “Western opponents” as he addressed a conference in Moscow on Thursday, accusing the West of inciting the war and of playing a “dangerous, bloody and dirty” game that was sowing chaos.