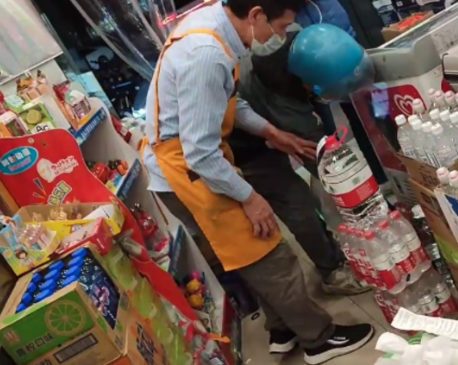 Due to the seeping of salt tides, the chloride concentration in the water at many reservoirs along the Yangtze river estuary in Shanghai exceeded the standard. The incident caused panic among Shanghai citizens, and many began to stock up on water. Shanghai officials then refuted the rumor, but citizens said that officials have refuted the rumors, so hurry up stock up on water.