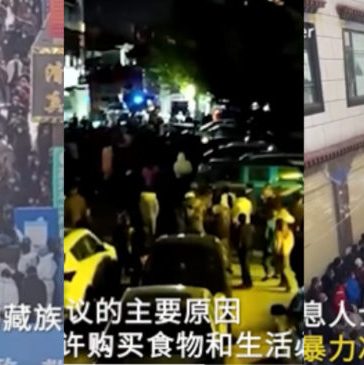 The capital of Tibet Autonomous Region, Lhasa has been locked down due to the COVID-19 pandemic for over 70 days. On the evening of October 26, a large number gathered on the streets of Lhasa to protest. Authorities mobilized a large police force to take control of the situation according to RFA.

According to the source, because so many people gathered to protest, it could lead to violent clashes with police and dangerous situations such as shootings.