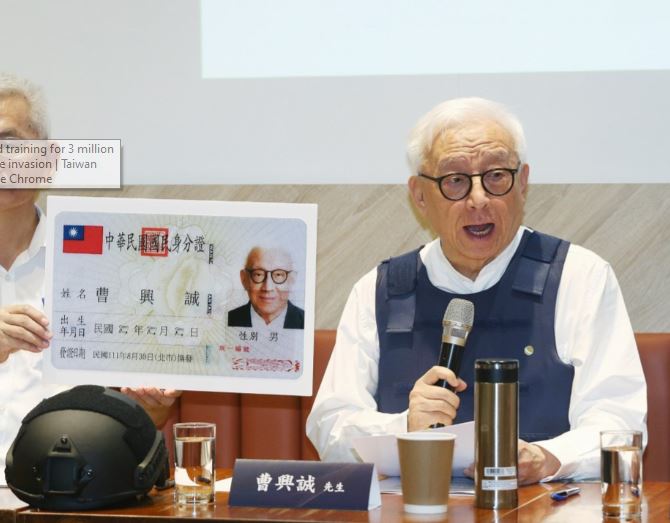 Tsao, the founder of the world’s second-largest contract chipmaker, United Microelectronics Corp. (UMC), called a press conference to show his national ID card, saying he had renounced his Singaporean citizenship for Taiwanese citizenship. He said he would stay in Taiwan to defend the country in the face of China’s repeated military threats.